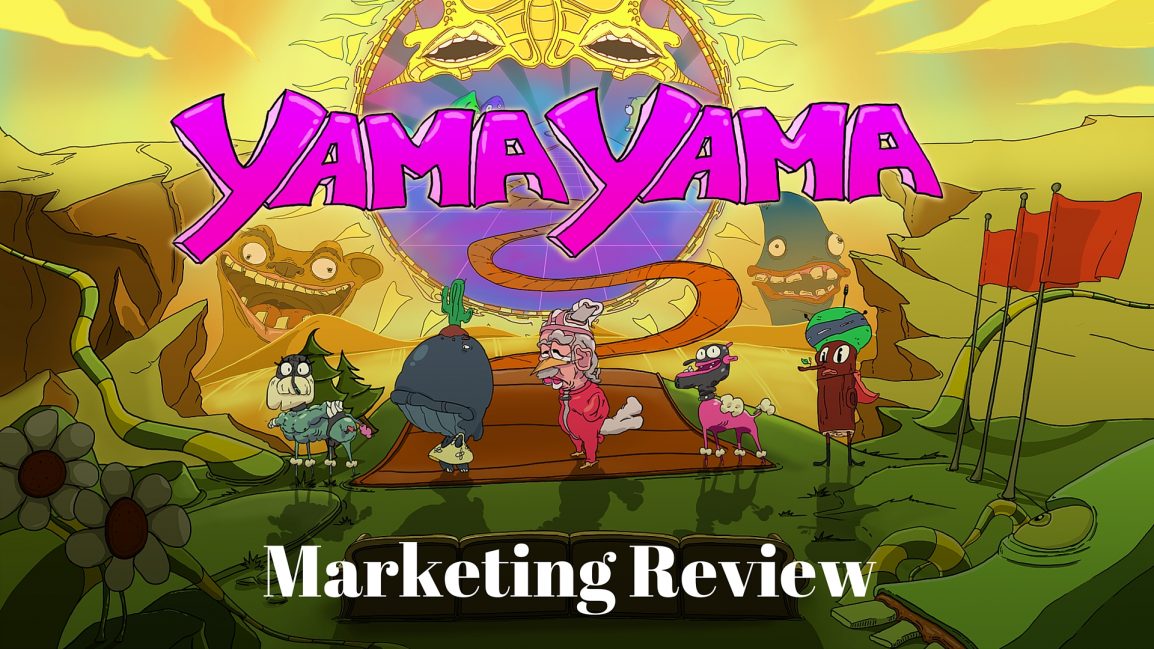 YamaYama is a couch-coop party game developed and published by Lumenox and is currently only offline via multiplayer playable. It features 21 game modes and 5 characters to play. What sets it apart in my opinion though is the art style which has a very 90s cartoon feel to it. A fun to watch game (which is always good for YouTube and Twitch coverage) and regular updates since early access release were convincing that I should take a look at what went wrong with SteamSpy telling roughly 500-1000 copies sold and an average of 0 players played that day. 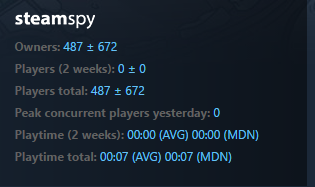 First things first, the website, one of the most important hubs for your game was lacking several features which could have improved an organic reach and interest. The website was basically a portfolio of the game developer, which is okay to do, but you would ideally need a sub-page going more in detail about your current and past game. A good guide how to structure your website can be found here.

The website itself was nice and clean with well-chosen headers, elevator pitches and team description. Social Media Icons were at the top and easy to find. Other things missing were a blog with exclusive content, a press kit (important!), a contact page for that matter and ideally a mail subscription since the developer has multiple games out and is likely to be working on the next title (stay in touch with your fans!)

This front was well covered with Facebook, Twitter, G+ and YouTube channel. Various hashtags were used on Twitter to maximize impressions. The posts and tweets were quite frequent and gathered okay engagement from what I was able to tell (more on that in Content Strategy)

The content posted looked too repetitive, usually a gif, a sentence describing the gif and hashtags. Those posts are completely legitimate but should be as in any content strategy mixed up read more on that here.

Since the website didn’t feature a blog it is difficult to judge the content strategy as a whole. The Social Media channels regularly promoted the game with content snippets from the game: Twitter 2-3 posts a Week and Facebook 1 post per week. The content here should have been more diverse. Other Ideas for Twitter and Facebook posts since its unique selling proposition was its fun chaotic beautifully animated multiplayer could have been gifs with reaction of people playing, giveaways with hand drawn images from the developers, AMAs, hand drawn images as an extra weekly post promoting the game. And of course surveys to see what people like best to promote even more of that.

I did get the overarching content message of YamaYama, a whacky cartoony party game. This message just should have been pushed further into the direction with more diverse convincing content.

It turned out that it was more difficult finding any form of coverage on the web for YamaYama since a lot of competing keywords were coming in first like Yamaha Racing and YamaYama (Band). This shows how important branding your game is and that at least a bit of market research has to be done to see potential hazards as early as possible.  Organic search will never be the most important lead generator but people should be able to find your game on google if they type it in.
As for YouTube, JesseCox and several other way smaller channels covered the game and gained over 85k views but again typing in “YamaYama gameplay” or “YamaYama Let’s Play” only brought up 3-4 results.

I was not able to find a news station covering the game (although it might have been since it is in early access and journalists might not care until it actually releases) except for smaller gaming blogs.
Most of the coverage I found was spread out months after originally releasing in early access, showing that there could have been more effort from the developer/publisher to reach out for more people and have a separate press kit on their website to increase the chance for organic coverage.

The developer went out to show their game which is in my opinion one of the best ways to promote a couch co-op indie game. It really shines when multiple people play the mayhem and other people see how much fun it can bring.


Going from 21:00-01:00 tonight under the blue sky in Berlin #AMaze2016 Join the party with YamaYama! #indiedev pic.twitter.com/HIuIM5EBnF

First and most importantly, the trailer which is the most important aspect of the greenlight page was a little too obnoxious (IMO) because of the narrator’s voice and took about 9 seconds to show gameplay, some games might not have those 9 seconds. Other than that the trailer seemed convincing when ignoring the little delay and the shrill voice.

The Greenlight and Steam page design was superb with custom drawn headers adding colour to the otherwise bland page. A similar elevator pitch as the on the website was used fitting right in. No over usage of unnecessary words like “engaging” and “challenging” is also an added bonus
Screenshots used were well chosen, displaying different game modes and highlighting the MVP of the game: the amazingly weird visuals.
Also there were social links to all channels and website.

Since the game is early access it is difficult to judge how it will be after its release but as of right now, the developer seems dedicated toward it. Launching monthly patches with hotfixes and updates.
Sadly there isn’t any discussion and community behind the game since it only sold about 500 copies. So far when it comes to community management the developer answered all questions extensively on steam forums.

Time of release was good with barely any AAA competing in that timeframe and YamaYama offered a decent value for the fair price tag of 7€ which is quite important considering how much the price is telling about a game.